Fifi and Melissa came yesterday for lunch and it was lovely.  Really lovely. Lots of giggles and we went through the old photographs.  There were some of Melissa's parents which she took and I managed to find a particularly attractive one of Fifi blowing out the candles on her birthday cake in 1981, Alice Band and all....

Among the photos we dug out was this one. Taken in the late 60's we reckon, we were all at nursery together.  Please note that a) I am the only girl and that my mother has insisted on me wearing a dress - why?  Highly inappropriate clothing for what is obviously an extremely boyish game involving sticks; and b) that I am the same age as every other boy in the photograph, give or take 6 months, with exception of HWISO (far right), who eventually overtook me by half an inch some 10 years later; c) James, my brother in law may be right at the back and nearly invisible but he can hold his stick up higher than any of the other three boys, who all happen to be called Christopher. 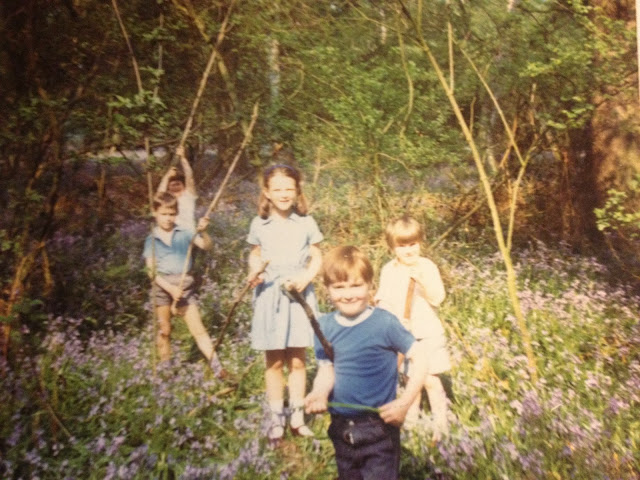 Thanks to Fifi for an amazing lunch and Melissa for supplying the va va voom on student life.  It was heavenly to see you both and can't wait to do it again.
Posted by CHARLOTTE'S RANT at 05:07