****My blog yesterday seemed to produce a big reaction.  I am delighted to publish this (and the picture!  Dogs don't cause eating disorders, either but they can help in curing them!) ****

s)
n.
1.
a. An adverse judgment or opinion formed beforehand or without knowledge or examination of the facts.
b. A preconceived preference or idea.
2. The act or state of holding unreasonable preconceived judgments or convictions. See Synonyms at predilection.
3. Irrational suspicion or hatred of a particular group, race, or religion.
4. Detriment or injury caused to a person by the preconceived, unfavorable conviction of another or others.
tr.v. prej·u·diced, prej·u·dic·ing, prej·u·dic·es
1. To cause (someone) to judge prematurely and irrationally. See Synonyms at bias.
2. To affect injuriously or detrimentally by a judgment or an act.

Prejudice is rife in the eating disorder world, from the preconceived ideas of family and friends, to the clinicians. The media today is full of anti-obesity messages, dieting tips and advice, and photoshopped images. These messages begin to filter into our subconsciousness from a very early age, so that by the time we are in our early years of schooling children already associate fat with bad and lazy, thin with good and healthy. If we hear of eating disorders in the media it is often related to anorexia nervosa, and often related to how the media causes girls to want to look like models. It creates false ideas: that only girls get eating disorders, that the only eating disorder is anorexia, that it is a vanity disorder. Nothing could of course be further from the truth.

My daughter was diagnosed with anorexia nervosa in 2010. She was 13 and a half. I had watched her change from a girl who was tall and solidly built, to a very slim and average height child over several years without concern. I did not know about the missed meals and disordered eating that led to this. Although she had never been overweight I had fallen into the trap of thinking that thinner was better, so that when she took up regular running and eschewed fatty foods I still showed no concern. It was only when someone pointed out to me that she had lost weight that suddenly the rose coloured glasses were pulled away and I realised what was wrong. I had been concerned about her mood. She seemed depressed and distressed about school. It never occurred to me that perhaps these things were related until too late. It never entered my head that my daughter would get an eating disorder. If you followed the cardinal rules that just didn’t happen did it? I had been careful not to make food either a punishment or a reward. We ate main meals together. She ate a healthy diet, with occasional treats. We did not emphasize weight or appearance at home. My daughter has never been the victim of bullying. She had good friendship groups.

When those glasses were pulled away M was on the edge of plunging into the abyss. Within two months she would be admitted to hospital at death’s door. Again my own prejudices convinced me that she could be talked out of this. That just by telling her that she needed to stop losing weight, my previously very obedient child could absorb that, she would listen when I told her she needed to eat more. As things rapidly spiralled out of control we came into contact with a medical system full of its own prejudice.

The first doctor we went to see agreed M had an eating disorder. She did not seem overly concerned, so I took her lead. When we were referred to see a psychologist and dietician I accepted that this was routine and usual treatment. I assumed that treatment was usually successful, that it was readily available. I did not know that eating disorders take a very long time to recover from. What I have discovered is frightening.

Eating disorders are not rare illnesses. They have a high associated morbidity and mortality. There is no one treatment that works for everyone. Accessing treatment that is effective around the world is difficult. I have discovered that some people have access to great treatment others cannot access that same treatment because of where they live, they are the wrong weight, or having insufficient money. Health systems are organised without recognising the need for prompt and effective treatment. Families and patients frequently have to fight the prejudices of the system to get the treatment they deserve.

Then when they get to treatment they have to overcome more prejudice.

So what are the prejudices of treatment?

Numerous times I have heard of people being refused treatment because they are their BMI is too high. Never mind the purging, the rapid weight loss, the self-harming and suicidal ideations.

2. Having an eating disorder is not a choice. Eating disorders are frequently counterintuitive. Trying to recover from an eating disorder often promotes severe anxiety. This anxiety can make people lie, be violent, and act in ways that they would not normally. Just because someone seems to be resisting treatment does not mean they don’t want treatment it may just mean they are terrified.

3. Some people who have an eating disorder have had difficult upbringings and childhoods. Most of them don’t. Delaying treatment of the disordered eating can cost lives, while a therapist spends time looking for the root cause. The same applies to those treatment providers who believe that someone will recover if only they can find God.

4. Not seeing the whole person. People with eating disorders can of course have any other medical condition as well. Never just assume a symptom is related to the disorder. Many patients report blinkers going on the minute their eating disorder is mentioned.

5. Weight recovery equals recovery from the eating disorder. Worse than this is achieving a minimally normal weight equals recovery. People naturally are all shapes and sizes. Clinicians seem to be as scared of an obesity epidemic as the media. For some reason many clinicians seem to think that setting target weights at the lowest end of a healthy weight range is for the best. They forget that everyone is an individual. By encouraging people to maintain weights that are unrealistic for the individual clinicians can maintain an eating disorder.

6. Withholding treatment. Imagine that you have not been eating for days because your anorexic thoughts tell you not to. You are weak, dizzy, feeling faint. Possibly thirsty because you have not drunk. You are taken to the Emergency Department by your family because they are concerned. You are admitted to hospital because you are physically compromised. Someone says to you, would you like something to eat? If you have anorexia nervosa, you will say no. It doesn’t matter how hungry you feel, how ill you are. The thoughts screaming inside your head will stop you from saying yes. So no food is given or encouraged. It is akin to not using insulin for diabetes because a child is scared of the needle. Resistance to treatment is common in eating disorders. This does not mean it should not be given (see point 2).

My daughter has experience each and every one of these prejudices on her journey with anorexia. The nurses in hospital who treated her as a naughty wilful child because of the distress associated with re-feeding. The psychologist who was looking for some childhood issue that was causing the extreme depression. The paediatric registrar who could not see that although M’s BMI was now normal, her refusal to eat was putting her at serious risk. The fear of the paediatrician to allow her weight past the 50th centile weight for height. The rheumatologist who assumed that her severe joint pains were related to some anxiety issue.

M has been the subject of my own preconceived ideas of what an eating disorder is and looks like, as well as those of her friends, teachers, other family members and acquaintances. I have learned from her, what I should not have needed to. As a whole we need to stop the prejudice against eating disorders, in the end it only makes things worse. 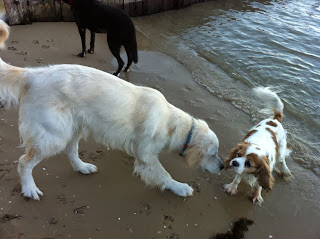